They’ve come from the North.

Every year, fieldfares and redwings – two species of thrush – flock to England to escape the Scandinavian winters. This winter they are exceptionally abundant, foraging in south London parks and flocking to the North Downs, joining the magpies and green woodpeckers on the local golf course.

Yet in this winter of near-everlasting rain, times are hard for our residents. The ground is so saturated that the local underground river is now an overground river, and the impact on ground-dwelling invertebrates will be dire. As in winter 2013, badgers will roam widely in search of alternative food sources. I was very surprised to see a badger at close range while walking Khamsin the other night – it was far after dark, so no photo, although I do have a drawing of badger to offer: 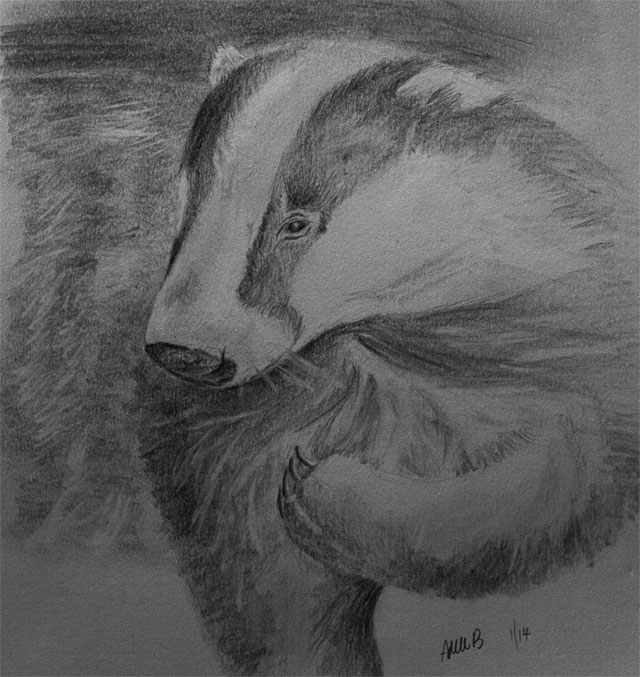 Foxes are still preoccupied with the breeding season, but they don’t like these cold, wet conditions, and in truth their photographer doesn’t either. This is a crop of 500mm of a fox reluctant to leave a hedgerow. 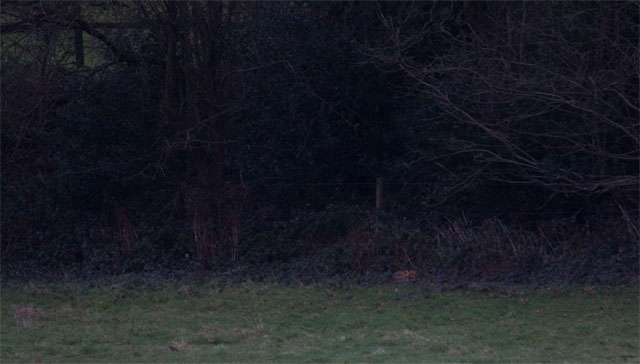 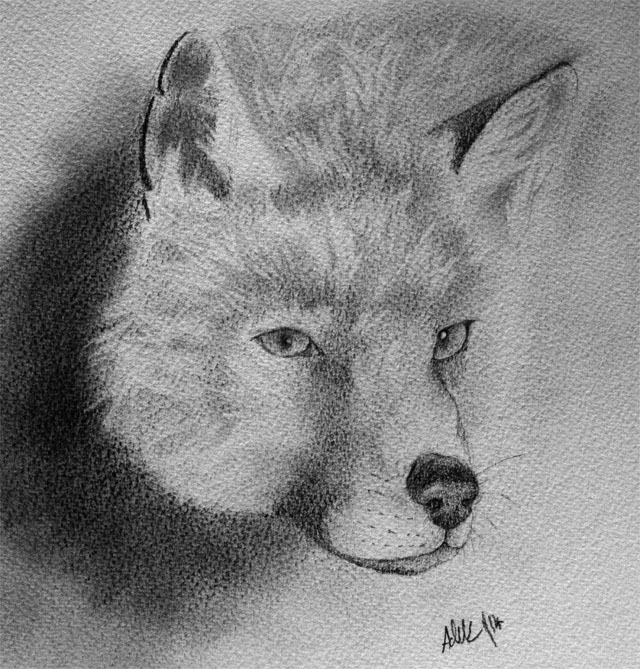 But just occasionally the skies clear and Luna shines bright.

UEA Ecology grad, typically sighted in the company of a tall graceful Belgian shephard dog and often trying to carrying a big camera around. Dislikes urban habitat but is comfortable in either prairie or mountain biomes. Frequently watching, or being watched by, foxes.
View all posts by Adele Brand →
This entry was posted in surrey hills foxes and tagged art, badger drawing, fox drawing, red fox, tornado, wildlife art, winter. Bookmark the permalink.